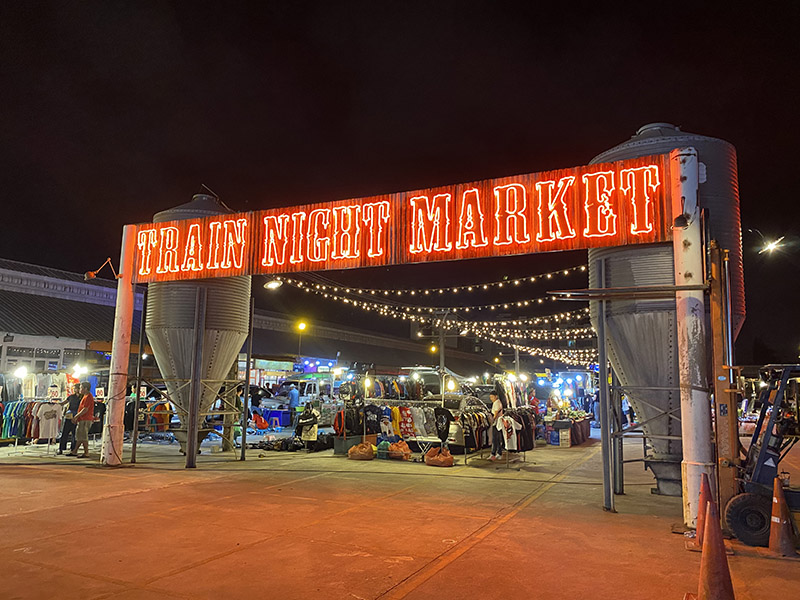 Many guidebooks and online forums make mention of Bangkok's colorful night markets. On any given night, they are easy to find in just about every neighborhood around the city. They come in various sizes, and each of them has a different energy to it.

There are a few markets known for their appeal to tourists, amongst them being the infamous Chatuchak market and the night "train market" at Ratchada. Unbeknownst to the mainstream tourism sector until the last few years, though, it is actually another "talad rod fai," which in the Thai language means "train market," and it is in an entirely different district of Bangkok.

Located on the east side, just off of the very busy Srinakarin Road is the another "branch" of the famous train night market at Ratchada. Though it is similar to the one on Ratchada, it has a character of its own. The neighborhood that the market was built in still does not have access to the public train system in Bangkok. So, for many years the market was actually a small local market, just like the thousands of other neighborhood markets you'll find speckled throughout Thailand. However, as Srinakarin Road has grown, the market grew with it, and over the last few years, it has become more of a tourist attraction than ever before.

Known for its food, live music, bars, and street food-style restaurants, the Train Night Market Srinakarin is a lot more breathable than it's sister market in Ratchada. The footpaths in Srinakarin between the vendors are much broader, which makes shopping a lot more comfortable. Because of the market’s current accessibility, the only public transportation stopping at it is the local bus, so there are usually fewer people at this market on any given weekend night than at its counterpart. One fascinating observation is the dichotomy between the primary, "Thai style" market in the front and the section in the back- which is a village of antique and vintage stores. The stores in the back sell everything from furniture to vintage clothing, as well as old-school toys, records, and video games. There is really no way you could see everything in this part of the market in just one visit, so it is advisable to come early to give yourself plenty of time to browse the maze of personal collections that vendors have put on display for sale. 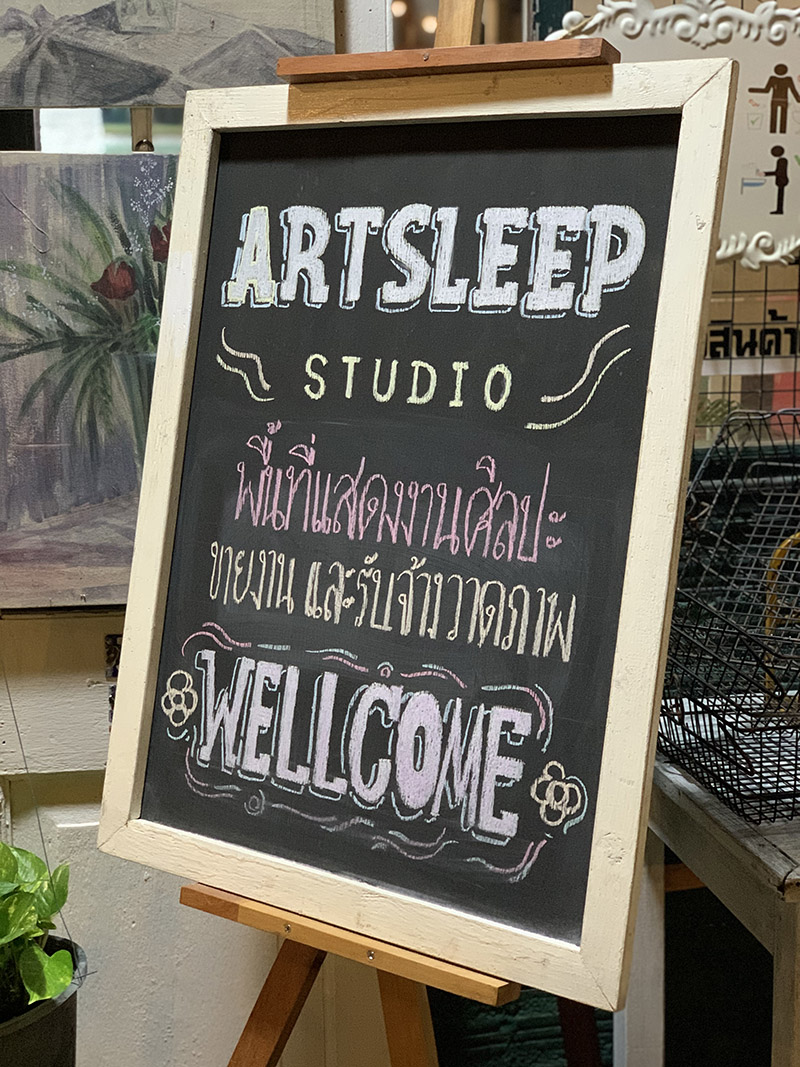 Bonus: Roti
The roti (also called "rotee") at this market is one of the best on this side of the city. Hot, cheap, fast, and full of sugar- it is a perfect handheld snack to munch on while you walk through the seemingly endless aisles of mobile phone cases, artwork, cover bands, and clothing for sale at unbeatable prices in department stores. 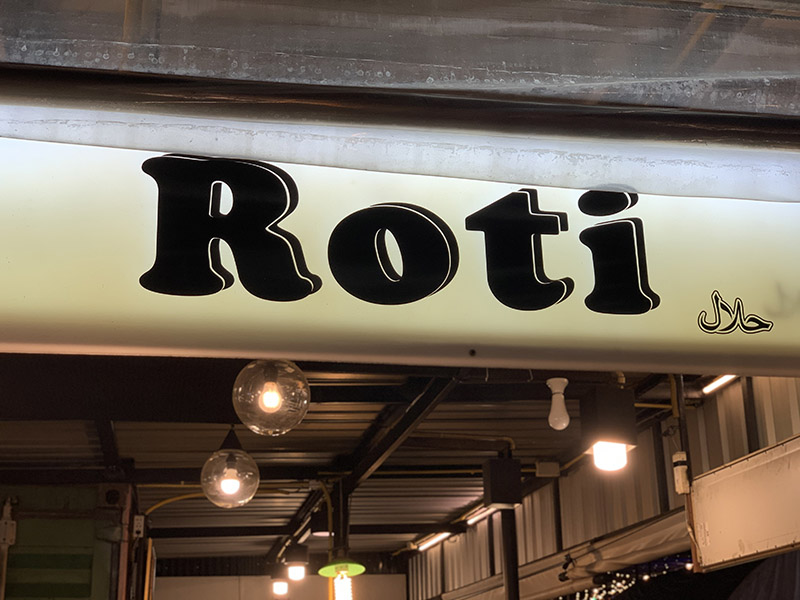 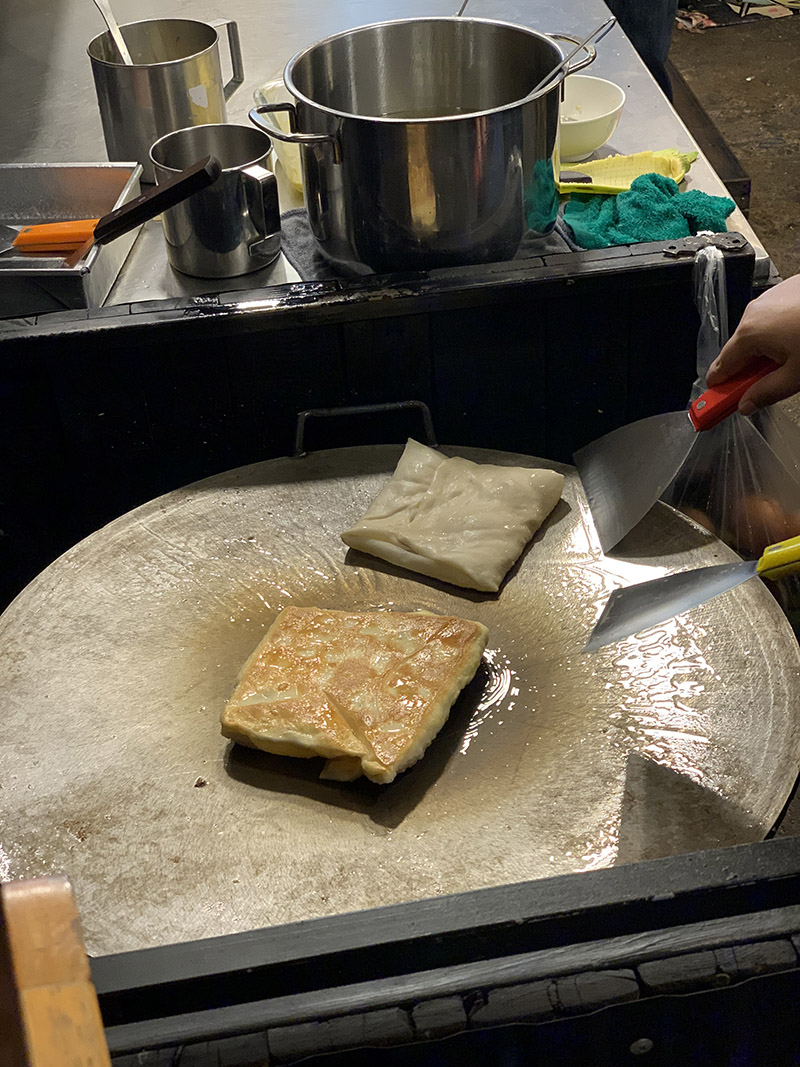 Submitted on 30 August 2020
By TAT Newsroom
All entries

Thailand: A Land Where Nature and Culture Bind in Perfection

There are few places in this world where you can find the perfect bond between nature and culture, but one has what it takes for this match made in heaven.

Traveling to Nan province where live is still slow and tranquil

A weekend with the Little Elephant in North Thailand

To The Guests of The Emerald Buddha

A Taste Of Zimbabwe

Maybe, if we win, our next cool video will be of Thailand :)

Ladies of Tha Phanom in Nakhon Phanom Province proudly presenting their heritage as part of the Wan Visakha Bucha celebration.

The Most Revered Temple in the Northeast

Visit Wat Phra That Phanom - it's both spiritual and fun.

The Patterns of Thailand

Why Do We Travel?

Heard It All About Thailand

An Introduction to Vipassana and Buddhism in Chiang Mai

My Wish to Explore the Natural Beauty of Thailand

One of the spots that perhaps not known to many is the Ngao Waterfall National Park located at Ranong, Thailand.

The Village of Mae Kampong

A beautiful spot in Northern Thailand

Why Ko Phayam Should Be On Your Bucket List

One of a kind Wat Ratchanatdaram, also known locally as Loha Prasat or Metal Castle, in the evening light. The 37 spires represents the 37 virtues needed to attain enlightenment.

วัดพระธาตุผาแก้ว = Temple on a Glass Cliff

The Golden Buddha in Bangkok, Thailand

Thailand, A Place of Wonder

Discovering the Beauty of Thailand

I became fascinated by Thailand many, many years ago when I watched the King and I. Silly I know but factual since Thailand was once known as Siam. Thailand is one of those destinations that you hope and dream of one day visiting.

My most memorable summer destination

Unique Combination of Tradition and its Variations Found in Bangkok Architecture

Head Over Heals for the Tropical Fruits of Thailand

I felt so in love with the tropical fruits of Thailand and their health properties that I got a durian tattoo on the way out. I am passionate to let others discover a wonderful world of flavours, textures and colours behind the bounty of Thai fruits.

The Hidden Gems of Thailand

The best 5 most wonderful insta places in Thailand you must visit with your other half...

All Aboard ChangChui Plane Market

The ChangChui Plane Market is a creative space with upcycling installations, a cinema hall, stalls, performance spaces, and of course the big airplane that is the main attraction of this unique place.

Grand Palace Bangkok: History and Beauty in One

There’s no place like home. Just like this little Thai boy I captured in this Koh Khood fishing village, this travel writer is heading home.

Away from the bustle, we find paradise...

Living in Thailand was getting very excited, so it was now time to explore the places around in the Rayong Province.

Some guy in a “sum gai” spa

Off the beaten track in Kanchanaburi, Thailand

Gosh, Thailand is amazing when you know where to look. Are you a FIT Traveller (Free Independent Traveller) who likes to explore the world with just your tribe? Do you like to escape and see the less crowded natural attractions?

Traveling By Train In Thailand

The Thailand I Never Knew

A beautiful journey in Nan and Chiang Mai, Thailand

Marvelous Temple of The Emerald Buddha in Bangkok, Thailand

Everything you need to know about visiting Chiang Mai

An off-the-beaten-track island that'll blow your socks off

Sangkhlaburi is the Secret of Thailand

The pure land of Kanchanaburi.

Aerial Impressions of a Tea Plantation

Heaven is an small island in Thialand

The colours of a country reflect in its sunsets!